What I read: This week I read Artemis by Andy Weir and The Kitchen House by Kathleen Grissom. I gave both books a four star review on Goodreads. I liked Andy Weir’s previous book The Martian and likewise this book did not disappoint. It is set on the moon this time and follows a smuggler named Jazz that gets involved in a very sticky situation involving a Brazilian cartel and corrupt government officials. Oh and she may just accidentally knockout the entire lunar population with chloroform at one time….but no worries! It was chockful of action and science facts, but my only complaint (concerning both of Andy Weir books) was the language again. **To me excessive cursing just takes away from the story line. An occasional bad word is to be expected in certain times because there are a lot of intense situations, but sometimes it just feels forced or trying to make the characters seem “cool”. But that is just my humble opinion.

The Kitchen House was really well written but entirely too sad for my taste. Therefore, I gave it a four star rating on Goodreads, but……if it was just a tad bit happier, it would have easily earned a five star review in my opinion. **I also gave a four star review on The Light Between Oceans for that very reason as well. Way too sad.

Emma (16 years old) finished the third book in the Beautiful Creatures series and loved it so much she jumped on Amazon to buy the last book in the series. **We very rarely buy books, but since someone stole the library’s only copy, she just couldn’t wait to see what happens in the last book. #bookwormwoes 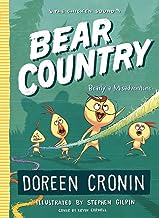 Ben (8 years old) is reading Half Magic,  Judy Moody Right Royal Tea Party, and Bear Country by Doreen Cronin. **If you have a reluctant reader, I guarantee that they will enjoy reading almost any books by Doreen Cronin. She is hilarious. Oh, and Judy Moody is always a hit too. We have read all the way through the series at least four times.

What I watched:  Justified with my husband and Hamilton: The Movie with my daughter. **Like so many people, Emma is a huge Hamilton fan and knows the words to almost every single song (including the really fast ones) **However she was not impressed when I sang all the lyrics to Vanilla Ice, Ice Baby….

-Emma said Ben was her favorite person and Ben said that Emma was his best friend. Awwww. Then they proceeded to pick at each other for the rest of the day….

-Our priest got exposed to the coronavirus the previous week, but has so far tested negative.

–Hamilton finally came on Disney+. Emma has been waiting months for this very moment (When it first came on she shrieked with glee and may have shed a few tears during the opening song) Now since I have watched it, Emma said that she will have to share some of her favorite memes with me. I was like how many can there be?? That was a stupid question! She has an entire Pinterest page of them.

Something I was happy to accomplish this week:

-I finally finished my puzzle I had been working on. It was extremely hard, but I pushed through. I have never worked a puzzle where each piece had the same shape as all the others (the sizes differed slightly but the shape was the same on each piece…very weird) **I also noticed at the very end that the puzzle company had sent me an extra piece…..so I had a small heart attack trying to see if I messed up….good times…

-Oh and we managed to survive another week in this crazy world as gracefully as possible. The year is officially half way over….Woo Hoo….2021 has to be better than 2020.

Life Lesson #1345: It is very important to choose just the right font. “Blessed Ape the Poop”???

And an oldie but goodie: 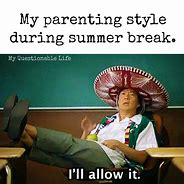 This also applies to what’s for dinner, my house cleaning schedule, and the time spent on devices. #SadButTrue

Stay safe and try to keep on laughing!