This past week I have swam, walked, Zumbaed (apparently it is a word), and weight lifted my way to ten miles.

2. Read at least two nonfiction or classic books each month (one down and one to go)

Hope to find something to read at the library today. 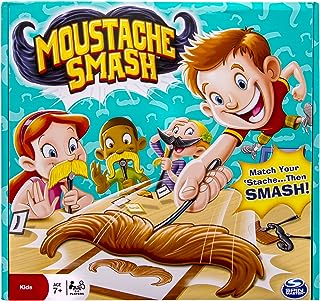 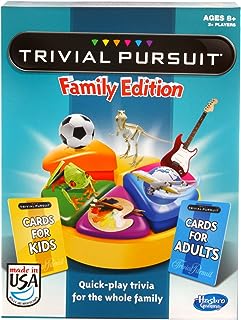 For our second family game night this month, we played Trivial Pursuit Family Edition and then followed up with Moustache Smash. **Moustache Smash looks kind of weird at first, but it is really a bloodthirsty, violent, yet rather fun game:)

4. Complete two home improvements/projects each month (one down and one to go)

This week I repaired the dresser drawers in our bedroom. Someone improperly installed the drawer slides 15 years ago and they have periodically fallen out ever since (her name rhymes with Bizabeth)

The other repair I hope to complete this week is to cap off the drain to our dishwasher. We haven’t used the dishwasher for four months now thanks to an electrical issue so this needs to happen really soon. **Apparently if you do not cap off the drain line it leaks dirty dish water into the old dishwasher and becomes really, really stinky over time….especially if you have not opened it in months….

I took Ben to do a little shopping at the thrift store and Walmart since he had money burning in his pocket. We also had lunch at Zaxby’s.

Emma said that she just wanted to watch Into the Woods with me all by herself for her outing (which would actually be an inning???). So that is what we did. *I do plan on taking her out for lunch or ice cream this week to make it a tad more special

6. Finish editing and publish my NaNoWriMo novel this year

This has been pushed to the back burner for right now thanks to school, dual enrollment classes, and ESL class prep starting up. **I do still hope to complete everything by the end of September though.

7. Try out two new recipes each month (one down and one to go)

I plan on trying out a low sugar pumpkin muffin recipe this week. *The promise of Fall is starting to infiltrate my mind it seems:)