A few weeks ago, we saw a wonderful production of Peter Pan at Grissom High School in Huntsville, Alabama. Ben loved the scenes with Tiger Lily so much that we decided to study Native Americans during history for the month of April. Between Pinterest and the local library we found a lot of great books and crafts to choose from. 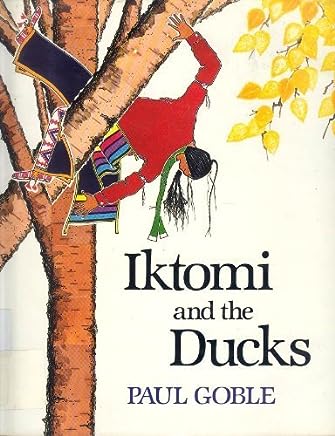 1. Iktomi and the Ducks by Paul Goble

Ben did not enjoy this story because the poor ducks did not make it in the end. The story is about a trickster named Iktomi who fools a group of ducks into becoming an easy meal for him. Luckily the story redeems itself when a wily coyote teaches the trickster a lesson. 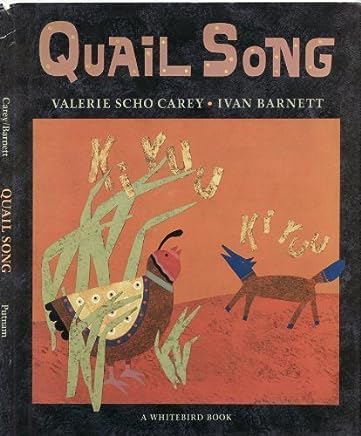 This was a humorous story that Ben really enjoyed. It all starts when a quail gets hurt and hollers really loudly. A nearby coyote hears the quail and assumes that it is the quail’s new song, so he threatens that he will eat her unless she teaches it to him. The quail tells the coyote that it was not a song at all, but he refuses to listen. The quail tries to teach the song to the coyote numerous times, but the coyote runs into accidents again and again causing him to forget the song. Fed up with all the nonsense the quail disguises a rock to look like her. When the coyote returns to eat the quail, he finally learns the truth of the song the hard way by breaking all of his teeth and finding his own howl. 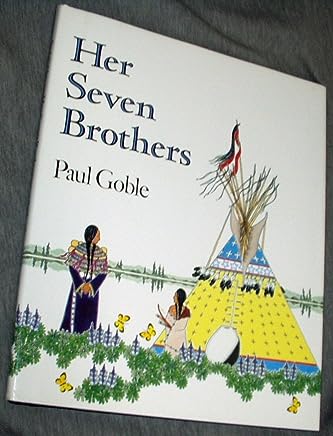 This was a story about a young girl who has a vision of seven brothers that she has not yet met. She decides to leave her family and search for the brothers. Upon finding the teepee from her dream, she begins to make them beautiful clothing while she waits for them to come home from a hunting trip. Once the brothers arrive, they are overjoyed to find a new sister waiting for them. The story takes a twist when a group of buffalo chase all the siblings up a tree. Soon the tree begins to grow up into the sky and they flee off into the stars becoming the Big Dipper constellation. We love constellation stories, so this was a fun new take on the Big Dipper’s origin. 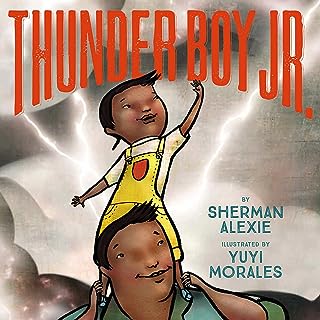 This was Ben’s favorite book by far. The story is about a little boy named Thunder Boy Jr. who is named after his father. While he loves his father, the little boy wants to have his own name but soon realizes that his new name needs to mean something to him. He sets out to find his true name and has some really fun adventures along the way. **I will give you a hint, his chosen name goes very nicely with Thunder:)

There were a lot of cute ideas on Pinterest related to Native Americans, but we chose three that were of interest to Ben.

I loved the look of this craft. You can really draw any image you like to fill in, but I chose to make this cute sun (Ben said it was really a flower) I simply drew a sun, spread the glue, and then we filled it in with beans and raisins.

This was a fun craft to make. We liked how the teepee seems to jump off the page and Ben had fun learning how to make trees for the first time ever.

I saw this craft and knew that both of my kids would love to have one for their bedrooms. I helped Ben a lot with this craft, but he did manage to do the top half on his own and picked out the colors he wanted it to be. **Make sure you use battery operated tealights though to avoid a fire hazard!

Ben got to pick out his own Native American name and chose Howling Wolves. I wanted to introduce him to poetry so I had him write two poems: a Cinquain and an Acrostic. I did give him prompts when he came to a point that he got stuck at, but he mostly wrote both poems on his own. **Emma supplied the last line in the Acrostic poem

Howling at the moon

On a cold night

With a friend who

I hear a deer in the forest

Growling at the deer

We chase our prey

On to a rock

Leaping the deer gets away

Very sadly we walk back home

Starving until another day

I had Ben draw a picture depicting his Acrostic poem. He was happy that the deer got away:)

Creating your own homeschool curriculum doesn’t have to be time consuming or expensive. Just decide on a topic, hop onto Pinterest for fun ideas, and then visit your local library to see what they have to offer on your subject. There are also a ton of blogs that document all of their homeschool activities so that you can easily replicate them at home. Here are some of my past Learning with Pinterest posts in case you need more ideas: