This week, we continued our exploration of ancient civilizations by learning all about Ancient Greece.  As usual, Pinterest was full of great ideas to try out, so we picked a few and had a really fun, educational time.  Our library also had a nice selection of books on many topics related to Ancient Greece, so we scooped those up on our weekly visit. 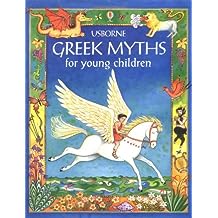 This was an easy to read book full of the most popular Greek Mythology stories.  Ben did not really care for this book because he thought it was too violent (we read the Prometheus story first and you know how that ends…) But if you have a more adventurous child, then this book would be a great way to introduce Greek myths to your student. 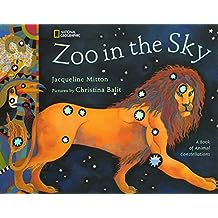 2. Zoo in the Sky by Jacqueline Mitton

When you think of Ancient Greece you automatically begin to think about the constellations, which are always a big hit with small children.  This book is full of beautiful illustrations and short commentaries about each animal constellation.  There were some constellations that I had never heard of, so I really liked that as well. 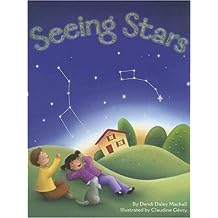 This was our favorite book this week.  I am a sucker for rhyming children’s books, so I loved that they had a short poem about each constellation.  Another cool feature that Ben really liked was that the stars had a glittery finish so each constellation seemed to twinkle.

Ideas we found on Pinterest related to Ancient Greece

Apparently Ancient Greeks used catapults in some of their battles, so when I saw this cute pin on how to build a catapult, I knew that Ben would get a huge kick out of it…and he did.

I found a fun post on how to recreate the Parthenon as a gingerbread house.  While ours was not as pretty as this pin, it was still delicious.

After we read and did a few crafts, I had Ben create his own constellation and give it a name.  So here we are introducing the constellations, Adventure Pal and Adventure Dude.

**In addition to all of this fun stuff, we also located Greece on the map and visited a few websites about Ancient Greece that were geared towards children.  We also plan to watch Disney’s Hercules and one of the Percy Jackson movies this week for family movie night.  If you have not read the Percy Jackson books, they are chockful of mythology and really fun to read…even if you are a 37 year old woman…